1.1 At each DGU Junior Order of Merit {OOM} event plus the first round of the Dyfed Junior Championships clubs will be awarded points towards the Dyfed Junior League. Order of Merit events, of which there will be FIVE, will be agreed upon at the junior AGM.
1.2. OOM events will be an 18 holes medal with a handicap limit of 24 for the boys & 36 for the girls.
1.3. Any junior representing another county is not eligible for Dyfed Junior County Championships or to accumulate individual order of merit points.
1.4. A junior may only represent one club in any season. This is the junior’s home club on the deadline of entries for the first order of merit event of the year.
1.5. Distance measuring devices are allowed at Dyfed Order of Merit competitions.
1.6. Up to ten players maximum will make up the team
1.7. Each club’s top five cards will count. This will be the top two gross scores plus the next best three nett scores after removing these two. The scores are then aggregated together with the winning club having the lowest aggregate score.
1.8. In the event of a club fielding more than ten players it will be up to the Junior Organiser to name his/her nominated ten players prior to the first player teeing off. Failure to do so will mean that the lowest ten players on handicap will be selected.
1.9. In the event of a club unable to field five players who complete cards, a lesser number of cards will count to determine positions in the league on the day. Clubs with four completed cards will get more points than clubs with three completed cards and so on.
1.10. Ten points shall be awarded to the first placed team, nine to the second and so on with one point to the tenth team.
1.11. The points from each OOM plus the first round of the Dyfed Junior Championships shall be added together and the winner will be the club with the greatest number of points. The winning club will represent Dyfed at the Welsh Junior Inter-counties final.
1.12. In the event of a tie, the club with the greatest number of first places at the counting events will be deemed the winner. If still tied then on the greatest number of second places until a winner is decided.
1.13. In the event of any dispute the matter shall be referred to the DGU Management Committee whose decision shall be final.

Suggested points to follow to ensure a smooth & successful OOM

In order to ensure fairness and consistency, it is vital that all clubs hosting OOMs adhere to the following guidelines.
2.1. Handicap limits for medal events must comply with Rule 2 above. Should a club for example wish to run a stableford for girls, there must nevertheless be a medal event which any girl with a handicap of 36 or less may choose to enter.
2.2 Competition scratch scores must be calculated for each event. It is not acceptable to simply refer to the sss of the course.
2.3. A complete listing of scores showing name, club, gross score and handicap must be returned to the County Junior Organiser, his nominee or a representative of the Committee of the Dyfed Golfing Union as soon as practicable after the event (ideally within 2 days). This should preferably take the form of an Excel spreadsheet to facilitate sorting and calculations. This enables both individual and team points to be calculated by the County. It is not expected that the Club calculate these themselves, though they may choose to do so. If they do choose to do so, these will not be official until checked and announced by the County.
2.4. Whilst it is beneficial for players to tee off in broad handicap order, this is not a requirement. Pairing a 2 handicap with two 20s for example may not be ideal, but a 2 and a 10 or a 12 and an 18 in the same group for example would not be out of place. This facilitates item 5 below.
2.5. No group may consist entirely of players from one club, whether three ball or two ball. Wherever possible there should not be 2 from the same club in a group, so as to avoid a fellow team mate marking a player’s card, though it is recognised this may not always be possible dependent on entries.
2.6. Parents must not come within 25 yards of play and may not interfere in any way. Failure to abide by this may result in their child being disqualified. This rule is for 18 holes competitors and is up to the hosting club whether the ones playing less than 18 holes are allowed parents to ensure that the competitors are playing at a resonance pace and for safeguarding.
2.7. Junior Organisers or Team Managers are allowed on the course to give assistance with rules if requested by a player, though not in the capacity of a referee unless authorised by the club, also to help the competitors keep pace with the groups in front and for a safeguarding position. If an Organiser is a parent, this takes precedence over 6 above.
2.8. Caddies are not allowed. Players may not ride in buggies unless under a medical exemption sanctioned by the hosting club in their sole discretion.
2.9. Players who have completed their round may, in the discretion of the hosting club, return to the course to support their team mates, but may not offer advice or instruction or interfere with play.
2.10. Clubs may set their own requirements in respect of deadlines for entry and nothing shall compel them to accept late entries, though equally nothing shall preclude them from doing so in their absolute discretion. They may not however favour any player or club over another and must not be influenced by the effect on team or individual OOM placings.
2.11. Entry fees should generally not exceed £10 including a meal, so as not to discourage participation. This limit is discussed and agreed at the annual general meeting of junior organisers and is therefore subject to change.
2.12. Prizes and / or trophies are awarded at the hosting club’s discretion. It is suggested there should be some recognition of the best gross score in addition to the net prizes. It is also suggested that some memento trophy for the overall net winner is appropriate in addition to any prize that may be awarded. 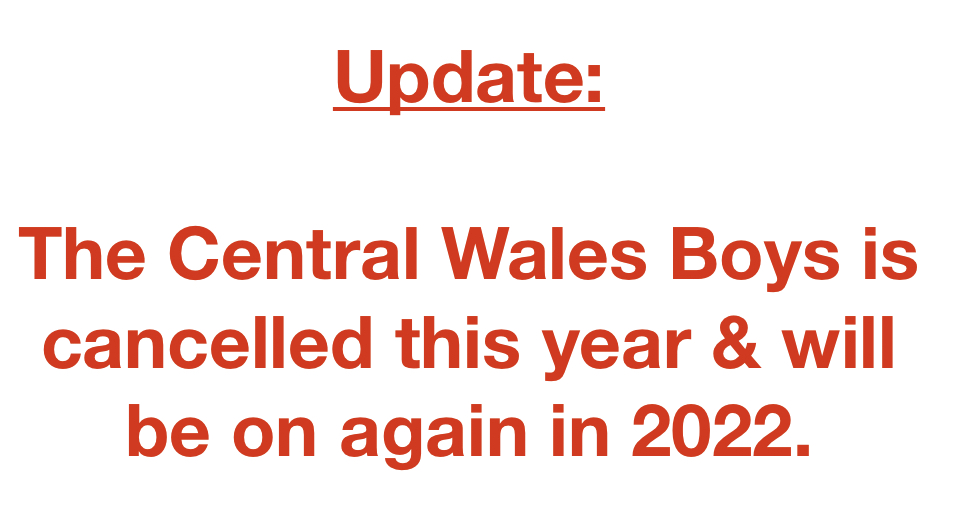 The Sport Freelancer Fund is designed to help freelancers recuperate losses which they have experienced as a result of the pandemic.
View on Facebook
· Share

#19 - Welsh Champion Zach Galliford talks through his career by Read it, Roll it, Hole it • A podcast on Anchor

Zach Galliford, now working at Ross on Wye Golf Club, chats through his career going to university in the states, playing with John Rahm, winning the Welsh Amateur Championships and much more! FOLLOW:...
View on Facebook
· Share

🎉Congratulations 🎉 Jamie. Well deserved.It’s great news for Welsh Boys international Jamie Dean as he puts pen to paper with Lincoln Memorial University to sign for the LMU Railsplitters Golf Team! A fantastic move in store for #TeamProDream client Jamie who is one of the top prospects in Wales having won the Welsh U14s Championship, finishing runner-up in the national U16s Championship and a prolific points scorer for his country on international duty.🏴󠁧󠁢󠁷󠁬󠁳󠁿 Congratulations Jamie! 🙌🏼 ... See MoreSee Less

The pandemic might have resulted in you losing income – the @sportwales Sport Freelancer Fund (phase 2) could help you!

If you have signed up to receive updates from Wales Golf, please follow the instructions provided. Alternatively, contact your club to find out more 💪⛳️ https://twitter.com/drgolfglobal/status/1351222275727646727

Great to have partnered with @wales_golf , to roll out our support and free virtual classes to every golf club across Wales, where a total of 45000 golfers can access our services. This short explainer video went out to golf club members across Wales yesterday evening.

The Dyfed Golfing Union is a Men’s County Golf Association. It is made up of the three counties Cardiganshire, Carmarthenshire and Pembrokeshire.

Update on the Central Boys. #staysafestayhome

@dyfedgolfingunion wishing all our members and aff

Thanks @walesgolf for producing this guidance on B

Happy Easter to our @dyfedgolfingunion members and

Please see the update on the Dyfed League Fixtures

@dyfedgolfingunion League result sheet is on the w

Happy St David’s Day to you all. #springiscoming

Any cookies that may not be particularly necessary for the website to function and is used specifically to collect user personal data via analytics, ads, other embedded contents are termed as non-necessary cookies. It is mandatory to procure user consent prior to running these cookies on your website.